AVERTO - (Latin) Turn away or aside

Sophocles’ Oedipus the King resembles an ancient cold case investigation. Thebes is suffering at the play's opening, and an oracle has declared that the curse will be lifted only if the previous king’s killer is expelled. The current king, Oedipus, listens as seers and eye witnesses piece together a tragic attempt to cheat fate, and a series of mistaken events. Oedipus soon begins to realize that he is the origin of the ills plaguing his kingdom. As this realization materializes in the play, I picture the respected king seeing his terrible mistakes and turning away from his accusers, away from his fate and away from his kingdom. 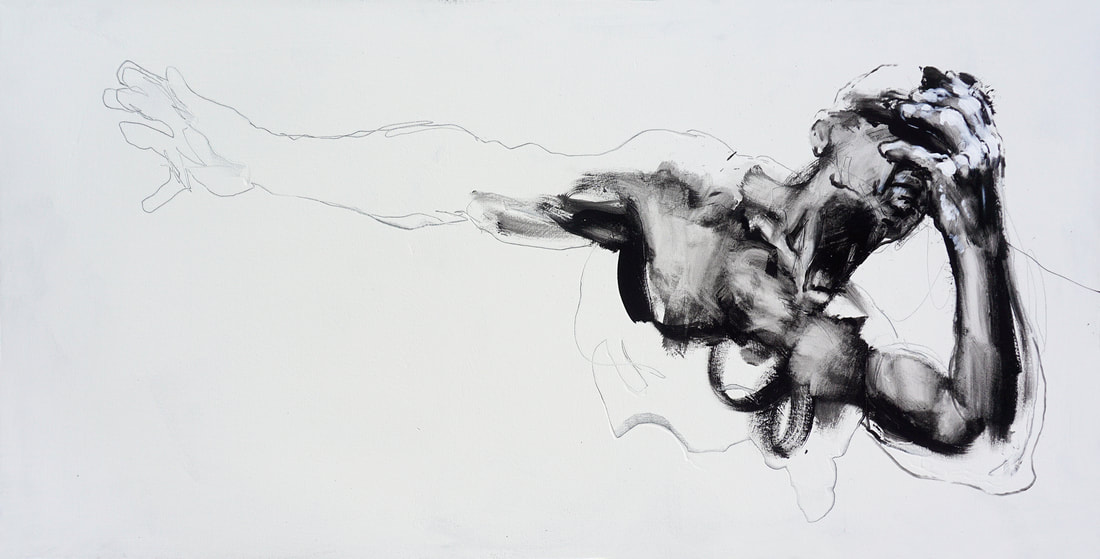 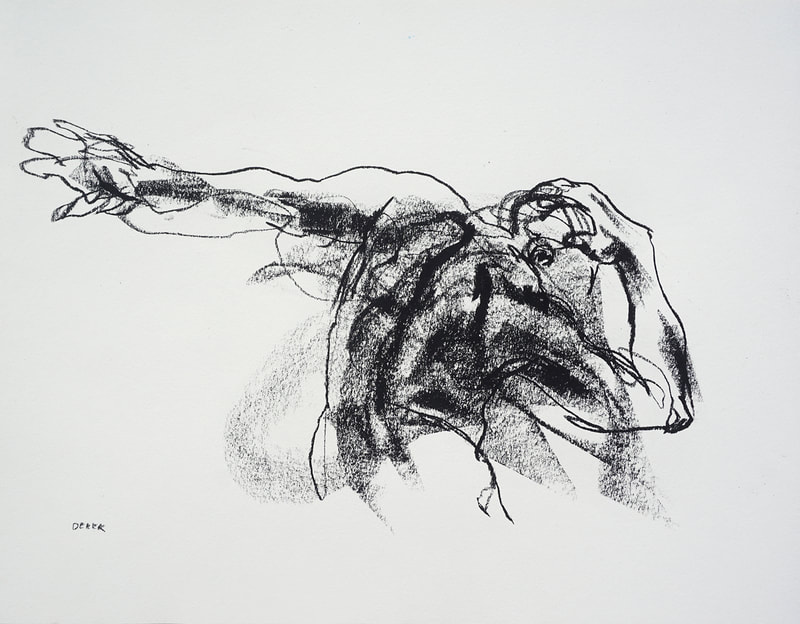 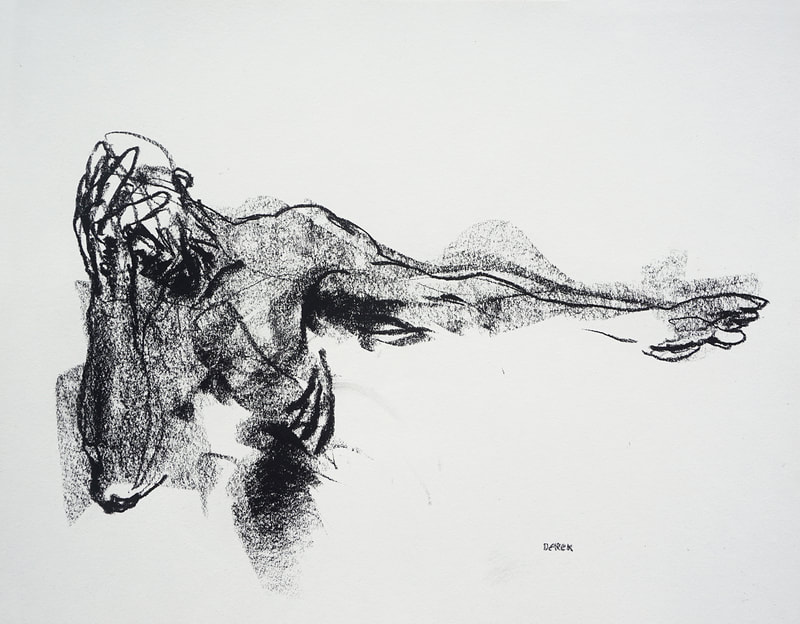 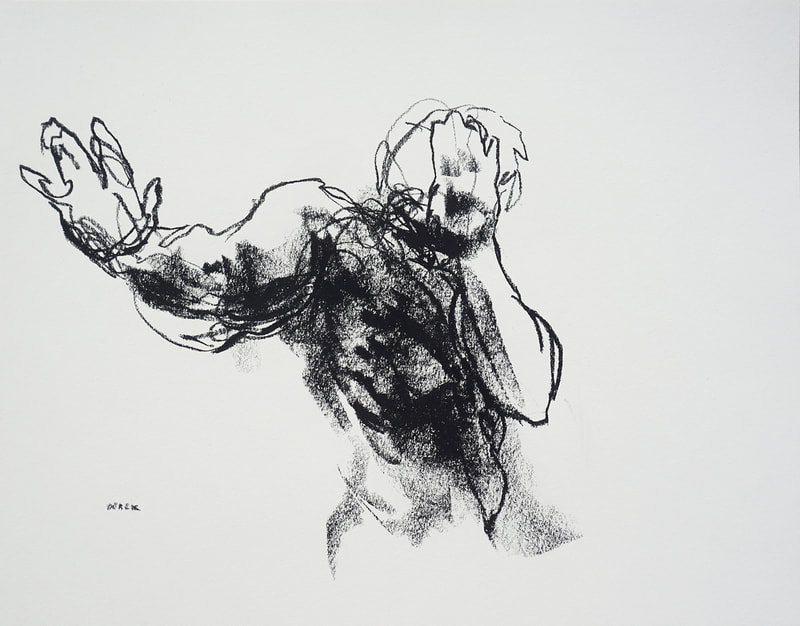 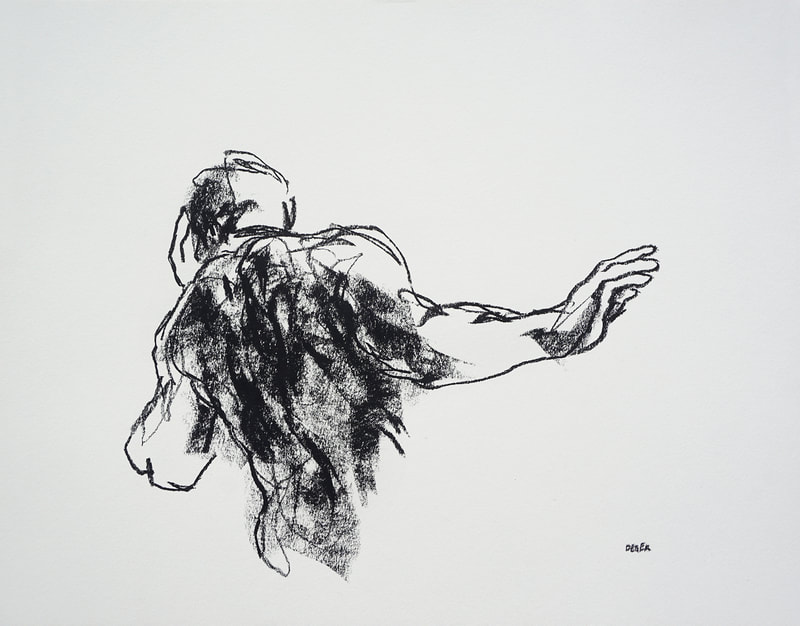 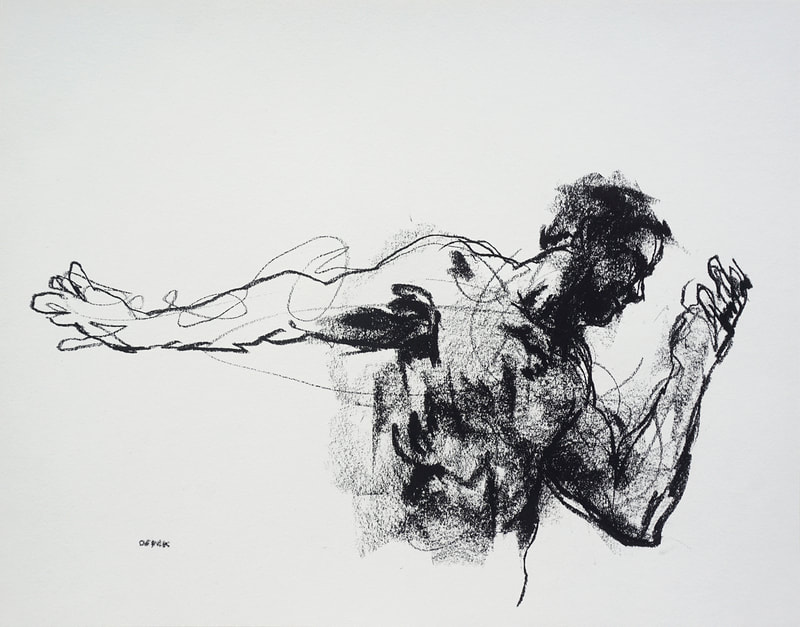 A series of drawings created prior to or while painting the works on canvas in this series
The theme of turning away is literally stated later in the play as well. As the blinded Oedipus leaves his palace, he passes a chorus of Thebans. The chorus state that they cannot witness what has become of their king and must turn away.

A Theban turns from the king, latex paint on canvas, 36 x 48", private collection, Bend, OR 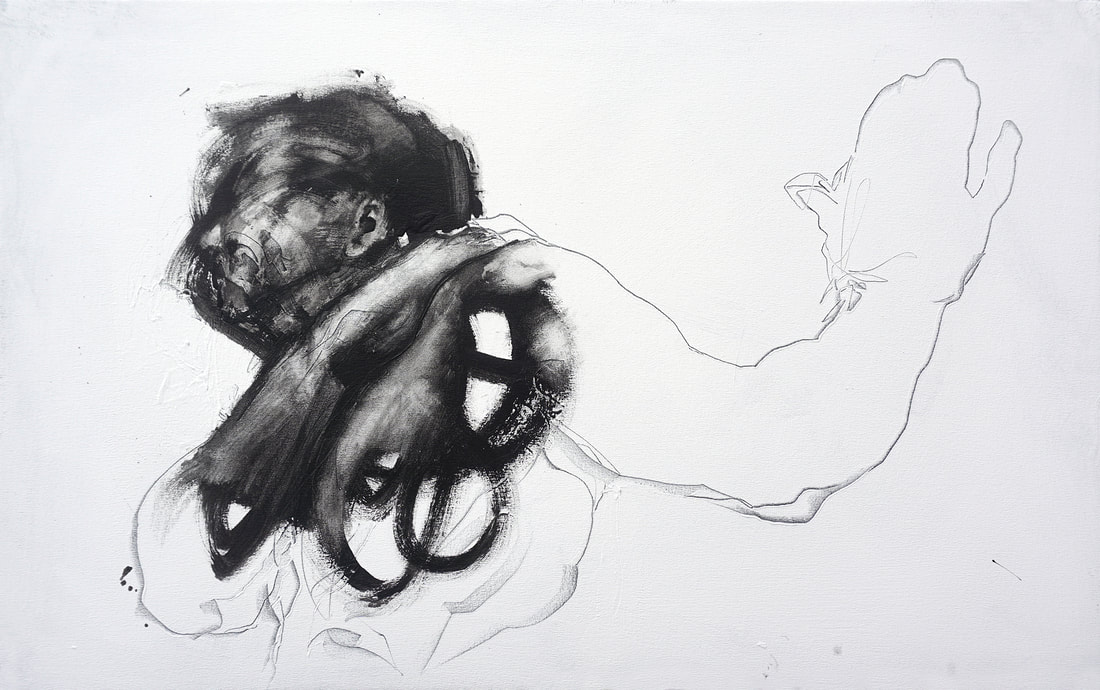